After a fire destroyed William Burdick’s house on Cr 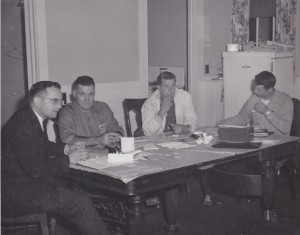 ossmon Road in 1962 a group of local men met at Jay Cole’s house on Sand Pit Road to discuss the need for a local fire department. After that, a meeting was held about once a month at the old Northville School House. Further discussion was made on the pros and cons, and met with other fire departments to talk about how to get started.

We found a parcel of land, and put up our own money to buy the lot where the Fire Department is now located. We started to raise additional funds while Donald Sheets, a local architect, drew up plans for the proposed building. Harry Cohen worked on getting a charter from the state, and we were off and running.

We started digging the foundation for the building and held various fundraising events like chicken barbecues and our very first Christmas tree sale. In 1963 we purchased a 1941 Maxim fire truck from New Jersey. We then started a country auction which attracted large crowds and became an annual event for years. 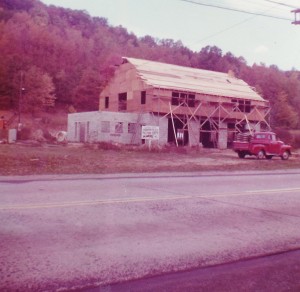 We completed the original building and members attended the state fire training school in Burrville, Ct. in 1967 we purchased our first new fire truck, a John Bean high pressure pumper. Over the years we grew and continued acquiring new and used equipment. A few of the trucks being two used oil trucks, another new pumper, a new tanker and a new brush truck. We added two new bays to the building and in the following years we added or replaced more fire trucks and then added a large three bay addition.

Today, we have 70 well-trained and equipped volunteers operating six pieces of equipment to help protect our town.